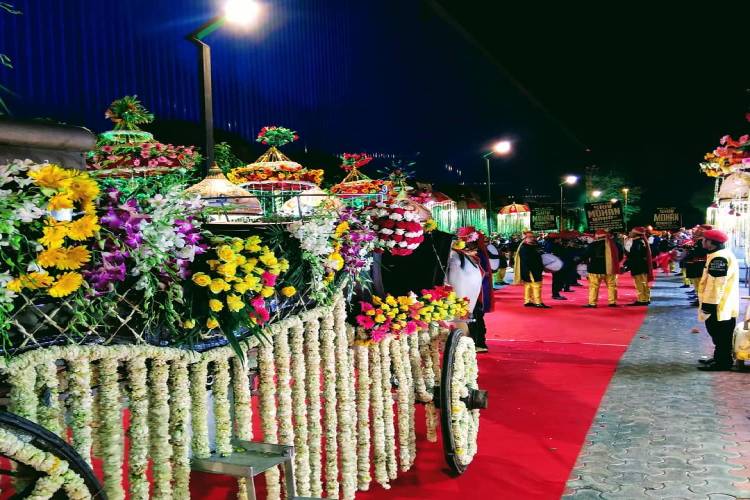 Have you ever wondered about the origins of the Indian wedding bands?

The Indian wedding bands just did not start out of the bloom, they have a whole history backing them up. The practice of hiring an Indian wedding band goes back to the 19th century. Yes. The trend of Indian Wedding bands in delhi came into being as Indians were greatly influenced by the British traditions in all walks of life.

The roots of Indian wedding bands

As colonization took roots, a number of practices were associated with a wedding, and even the trend of wedding invitations started to gain popularity amongst the Indians. Interestingly, the British military introduced the concept of marching brass bands in India in order to create an impression on the locals. Also, a few of the musicians from the imperial military bands trained Indians on the correct usage of Instruments and the way in which they must be played.

As it can be seen, the Indian wedding music band has evolved from the very early British influences into something that is very unique and typically Indian. The tradition of hiring a wedding band of Indian origin is similar to the way in which Indians transformed the Ambassador car into something that is ‘uniquely’ Indian. It has been estimated that there have been over seven thousand Indian brass or wedding bands!

The busiest time of the year- The Indian wedding season

When the wedding season is in full swing in India, it marks the busiest time of the year for not just the families of the Bride and the Groom but also the wedding bands, who are responsible for announcing the arrival of the bridegrooms- The most awaited moment of every Indian wedding.

Dressed in silken turban and tunics or military-style uniforms, the brass bands playing the latest Bollywood pop with their very own touch have long been and still are a must-have for any Indian wedding. Weddings were previously small, simple, family affairs, today big fat Indian weddings are becoming increasingly common and the baraat bands play a huge role even today!

Shiv Mohan band was established in the year 1963. With a legacy of 60 years, it is one of India’s finest, authentic and first nationally acclaimed brass bands, specializing in performing at best wedding band, festivals and other high-profile events.