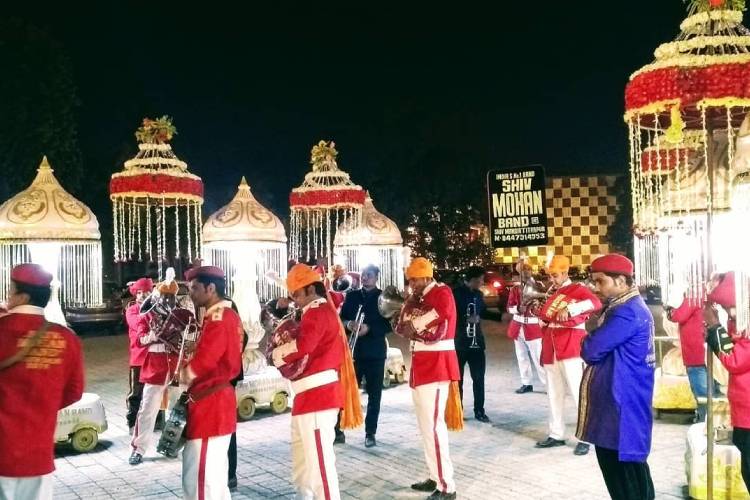 The Shehnai is a traditional Indian musical instrument. It’s made of wood and has a double reed on one side and a curved wooden bell on the other. Its sound is assumed to instil and preserve a feeling of harmony, balance, and sanctity, and it is thus commonly used during weddings, processions, and temples. However, it also did play in music festivals. It was one of the nine musical instruments in the royal court’s Naubat, or traditional ensemble. The Shehnai is equivalent to the Nadaswaram of South India.

Shehnai is considered an essential part of every Indian wedding bands in delhi. The bride and groom play the instruments to announce their arrival at the ceremony venue. This article explores the history of the Shehnai and its importance in Indian culture.

How Shehnai came into existence?

EMPEROR Aurangzeb prohibited using the shrill, unpleasant-sounding pungi musical instrument in the royal residence. Pungi became a catch-all term for reeded noisemakers. Few expected it to be resurrected one day. A barber from the parents of classical musicians with connectivity to the royal court opted to enhance the pungi’s tonal quality. He picked a naturally hollow stemmed pipe wider and longer than the pungi and drilled seven holes in the pipe’s body. Once he played on it, Soft and melodic sounds were created, ending and opening a few of these holes. He performed the instrument in front of royalty, and everyone was fascinated.

The instrument was so dissimilar to the pungi required a new name. According to legend, the tool was called the ‘Shehnai’ because it was first heard in the Shah’s caverns and was performed by a nai (barber). The tune of the Shehnai became associated with good fortune. As a result, it continues to be played in holy sites and is an integral part of every North Indian marriage ceremony. The Shehnai was previously part of the Naubat, or original chorale of nine instruments discovered at the royal palace. It was previously only used in temples & weddings.

Ustad Bismillah Khan is credited with introducing this instrument to the classical stage.

Who is Ustad Bismillah Khan?

Bismillah Khan was five years old when he began playing Gilli danda near the lake of Dumraon, Bihar. He would go to the neighbouring Bihariji temple and regularly sings the Bhojpuri’ Chaita’ for receiving9 a large laddu of 1.25 kg as a prize from the local Maharaja. This occurred 80 years back, and the young kid has journeyed far to accept India’s prestigious award, the Bharat Ratna.

Bismillah was born on March 21, 1916, into a famous Bihari house full of musicians. Rasool Bux Khan, his grandad, has been the Shehnai Nawaz of the Bhojpur royal court. Paigambar Bux, his father, and other forefathers were all excellent shehnai players.

Today, Shehnai has become a part of India’s cultural heritage. It doesn’t matter if it’s north Indian marriage music, traditional Hindustani, Indian film music, pop music, or even art! Shehnai is currently performing a combination of western music. It has become the epicentre of Indian wedding tunes. Whatever the fad of the day is, we believe the soulful melody of Shehnai shall be heard in every North Indian best wedding band for many years to come.

Make your special day memorable and spectacular by hiring Delhi’s best band, the Shiv Mohan Band. For several years, we have worked hard to make every aspect of your wedding iconic. Our devoted team will look after all of your wedding requirements. To have further information regarding our services, please visit our website.