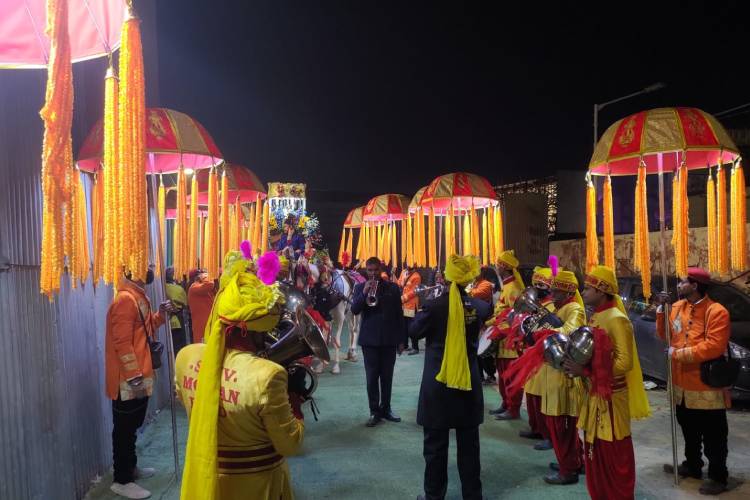 At Indian weddings, music has a unique significance as it symbolises the long-lasting union of two people. Every state has its wedding music and ceremonies, and every region has folk music. A different song is appropriate for each of the rituals and wedding events. In the same way that there are songs specifically for pre-wedding events like Mehendi, Haldi, and sangeet, there are also songs specifically for wedding ceremonies like those for the bride’s entrance, the garlands ceremony, and the bidaai. The musical instruments used in the wedding ceremony enhance the beauty of the songs sung during the ceremony. Most of the musical instruments used in Indian best marriage band in delhi are way ancient from their origin.

Here is the list of musical instruments which are the most required in an Indian wedding bands in delhi:

The Shehnai is the one musical piece that best describes North Indian wedding music. The distinctive tones of a shehnai are thought to usher in auspicious situations like weddings and engagements as well as festivals and temple celebrations.

Mahila – Sangeet is incomplete song without Dholak. The two-headed hand drum known as the Dholak is a common musical instrument. The musical instrument is used extensively in Qawwali, kirtan, lavani, and bhangra.

The harmonium is an essential component of Indian wedding music instruments. A stringed instrument comprises cloth, metal, brass, and wood. It is frequently utilised to support folk, classical, Sufi, and ghazal compositions for music and dance.

Punjab is where the “Dhol,” a traditional percussion instrument from India, had its start. In recent years, through various forms and means, Bhangra music—commonly associated with the people of Punjab—has emerged as a must-have in Indian weddings, particularly when the Baarat enters the room. For many years, the Dhol has been recognised as the foundation of this music, commonly associated with the people of Punjab.

Also known as Taash or Taasha drums, the Tassa drum ensemble has ancient Persian roots. The actual tassa drum is a conical or bowl-shaped nagaara- (also known as nagada or nagaada) type of drum played with a powerful bass drum called a dhol.

While others have undergone changes over the years, some have barely changed from the beginning of time.

It’s common for tunings and playing techniques to be non-standard, giving them a highly personal expression of the player.

Maintaining the title of Best Band in Delhi, we are well-known businesses that offer clients the best wedding band procession services, Shiv Mohan Band. The services in our premium package, which also includes a band, lighting, punjabi dhol wala in delhi, Ghori, flowers, and more, are listed below. Furthermore, we add an outstanding and captivating quality that will last a lifetime.

Every service provided is renowned in the industry for dependability, client happiness, and promptness.